Thomas Venturella graduated from the School of The Art Institute of Chicago and the University of Chicago with a BFA degree in painting. He moved to New York City in 1969 and apprenticed at the Greenland Studio where he eventually became the Senior Conservator. There he was in charge of Medieval to late 19th century stained glass and undertook a number of projects for the Met while in private practice. He has also studied and traveled extensively in Europe. Thomas Venturella established the VENTURELLA STUDIO in 1985 where he remains owner, operator, and Senior Conservator, overseeing all of the Studio’s projects. He has given numerous lectures and participated in several publications about stained glass restoration and conservation. Thomas Venturella is a member of both the International Institute for Conservation (IIC) and the American Institute for Conservation (AIC) and was awarded “Professional Associate” status by AIC making him the first stained glass conservator in the United States to be so recognized. 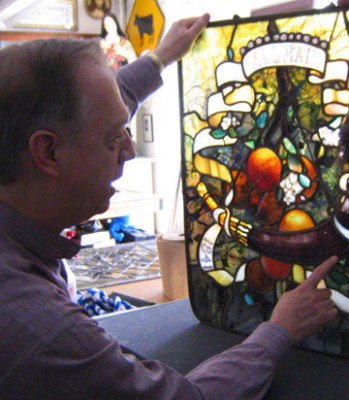