The beginning of Mr. Murphy’s stained glass experience began in Charlotte, NC in 1992 where he learned the basics of repair and restoration. In 1993 he moved to Boston, MA where, while working for a well known local stained glass firm, he gained first hand experience in building windows. 1994 saw his move to New York where he worked for various studios in the area. He arrived at the Venturella Studio in 1996 where he ably applied his skills to the creation of new works and restorations for which the Studio is known. Here he was introduced to the complex restoration procedures of works by Louis Comfort Tiffany, John La Farge, and Frank Lloyd Wright. With his attention to detail and insistence upon perfection, his skills were quickly honed to meet the Studio’s high standards. Whether overseeing and fabricating new windows for installation in The Glass Gallery at the Cloisters Museum in New York, restoration of the large Tiffany windows at First Presbyterian Church of Lake Forest, Ill, or conserving historical and rare windows from the Tiffany Studios in the collection of the Morse Museum in Winter Park, Florida, Mr. Murphy continually and consistently proves his talent and expertise as a major glass conservator.

Jim Murphy is also known as a world class, professional skateboarder. His company WoundedKnee is deeply committed to working with the Native American Nation and guiding their youth. 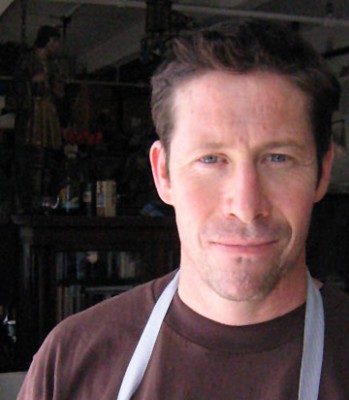